What is a reflector?
A reflector can be considered to be similar to a repeater, but with no RF capabilities. Reflectors are Internet connected servers, generally in datacentres, which receive a transmission from a connected gateway (via the Internet) and send it out to all other connected gateways for retransmission, via RF in the case of a repeater. The term gateway is used in the broader sense, which includes devices such as dongles and DVAPs (Refer to Diagram below).

Reflectors are basically a conference bridge for D-Star. They allow multiple D-Star repeaters and Dongle users, from around the world, to be joined together and whatever information is transmitted across one of the repeaters is repeated across all of the connected repeaters.

Reflector Systems & Talkgroups
There are multiple D-Star reflector systems that co-exist together on the D-Star network. Primarily The “REF” system is run on the D-Plus network and protocols whilst the “DCS” system is run under the DCS network protocols (ircDDB), more detailed information about ircDDB and reflector systems can be found at http://www.dstar.org.au/about/reflectors/ircddb/. The DCS system incorporates STARnet talkgroups which is essentially a user radio driven subscription to a group via a Group Callsign. Refer to http://k7ve.org/blog/2011/04/starnet-digital/ for more information about STARnet. The REF/DCS & Dextra XRF systems all have atleast one reflector server system located in Australia. 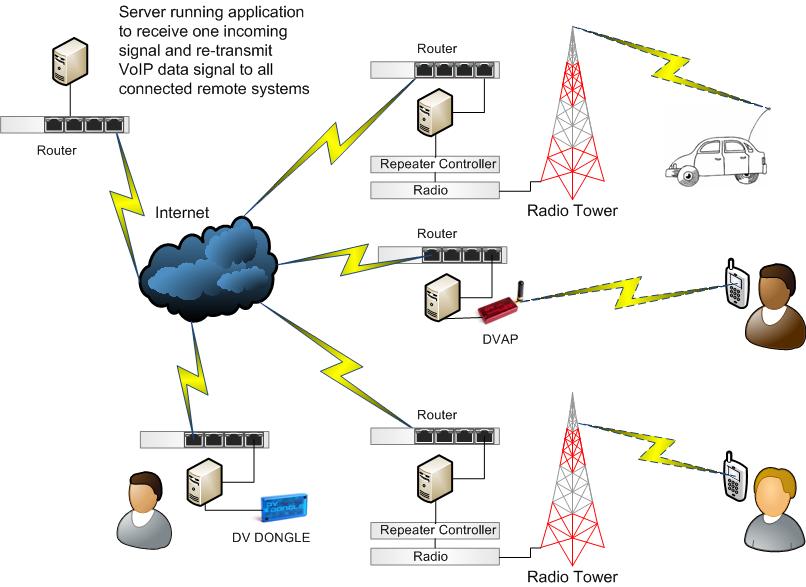